Unusually in the Bridgewater Hall’s International Series, this was a two-piano recital. Not a crowd-puller maybe, but since it was by two of the greatest solo pianists closely associated with Manchester it was a real event.


Two pianists playing two pianos almost always face each other and cannot see their partners’ hands, which means there has to be a near-telepathic connection between their minds, a nod of the head or flicker of an eyebrow being the only real visual connection they can have. This is where a recital of this kind stands or falls – I’ve heard examples where the players almost totally failed to land a shared chord exactly together.


The wondrous thing about Donohoe and Ogawa is that they do it perfectly all the time (or with only the very tiniest imprecisions, and those very rarely). You have to think inside your partner’s mind to achieve that – some can do it and some cannot. These two emphatically can.


The programme was a monumental one, every piece demanding virtuosity of the highest kind.


Debussy’s En blanc et noir, a three-movement suite written in the midst of the First World War and not long before his death, is bleak and bitter in many ways, its central slow movement almost graphically expressing grief over the death of a young soldier, its outer ones grimly providing its setting and a despairing, hard-faced commentary.


And yet … there are melodies in there – beautiful, lyrical themes in the first movement, a long vocalise-like line in the central one, and snippets of tunes even in the finale. These were what Donohoe and Ogawa made us listen to, and their pedalling gave the wash of Debussy’s harmonies a warmth that belied the bitterness.


Then we heard Stravinsky’s The Rite of Spring, and here there was something refined and almost delicate in the piano sound at first – until they hit those crashing off-beat chords. There was little let-up after that, and the music itself seemed different from the orchestral version, percussive in every part (not just the drums) and almost a new work in its own right. I can’t say I find it pleasurable, but the skill of these two players leaves you open-mouthed, and they found lyrical moments even among the harshest backgrounds.


After the interval they were on more persuasive ground, with Rachmaninov’s last major work, the Symphonic Dances – another piece known well in its orchestral guise. The central waltz movement gave Donohoe and Ogawa the opportunity for that rare experience in two-piano playing, a spot of rhythmic subtlety and rubato. The work is called ‘Dances’, after all, and this dance swayed and whirled with an uncanny unity of articulation. If the opening movement did not have quite that quality, it was again characterized by haunting treatment of its melodies, and the finale’s allegro was a thrilling tour de force.


They calmed the atmosphere down very beautifully with an encore of Debussy’s Prélude à l’après-midi d’un faune. 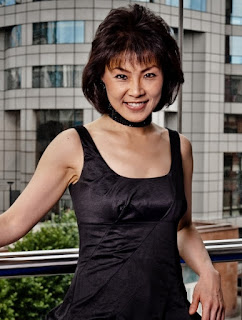 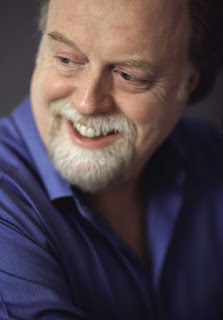 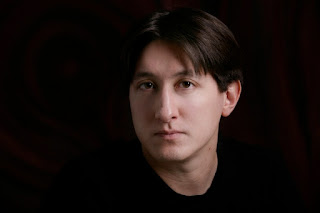 
The St Petersburgers have been frequent and welcome visitors to Manchester over the years, and on Friday (because of the illness of Yuri Temirkanov) they were conducted by another old friend, Vassily Sinaisky.


His performances with the BBC Philharmonic, as principal guest conductor (he’s now Conductor Emeritus), have been among the most exciting of their time – and it’s fair to say that he’s one of Russia’s greatest living musicians.


So all the signs were good for the St Petersburg Philharmonic’s Manchester stop on their intensive UK tour, particularly with Freddy Kempf as piano soloist. The programme was changed to include Rachmaninov’s Piano concerto no. 2 instead of Prokoviev’s first, making it an even more enticing evening out on a cold winter’s night.


The orchestra has a sound that’s all its own – it would not be a novel point to emphasize that. For one thing, at full strength it fields more string players than any other orchestra we hear regularly here (10 double basses, and when they and their cellist colleagues dig in there’s a near-thunderous rumble of sound). Everyone delivers tone, sometimes at the expense of precision of ensemble, but it’s a thing to wonder at. I hope it’s not carping to say that this time there wasn’t quite the sleekness we’ve heard in the past, but most of their wind principals play like star soloists.


They cut the strings down for Prokoviev’s ‘Classical’ Symphony (no. 1) – only 50 of them! That’s not a ‘classical’ sound as we understand it today: no doubt the neat and tidy style considered appropriate for true classical music in Europe these days isn’t part of their tradition … and tradition is what you pay for with the St Petersburg Philharmonic.


This was very close to the way most orchestras played Haydn before 1960 – smooth and suave, with detached articulations exaggerated into spiccati. The Larghetto was ethereal and Romantic, like a number from a ballet score, and the Gavotte only a dance if you imagine people doing it in rubber boots. But the finale went off with a flourish at breakneck speed.


The highspot of the concert turned out to be Freddy Kempf’s ‘Brief Encounter’ Rachmaninov concerto – in which he was accompanied with studiousness and sympathy by Sinaisky. He put a clear personal perspective on the old warhorse, and played its glittering note-cascades with staggering clarity. Self-assertive – yes, but in partnership with an orchestra that’s pretty assertive itself, and both he and they caressed the melodic lines with leisured, song-like phrasing. And he devoured the virtuosic cadenza-style passages like food to a starving man, while the orchestra completed their assignment in magnificent style in the last big tune.


Full forces were on board for Tchaikovsky’s Symphony no. 5. Sinaisky takes the instruction to play con anima very seriously, and that soon turns to near-fury, the last reprise of the opening movement’s main theme punched out heroically. The Andante was full of emotional power, with an extra electric charge given to the string repeat of the horn’s opening solo, and the waltz flowed merrily along, Sinaisky fastidiously balancing tunes and counter-melodies in the texture.


He made the finale fast and furious, and the anthemic coda a victorious march with no vainglory. It certainly lifted the spirits of the Manchester crowd.
Posted by Robert Beale at 01:19 No comments: