There were three fascinating concerts on in Manchester on 2nd May: the BBC Philharmonic, under Martyn Brabbins, performing Tippett, Britten and James MacMillan in the Hallé series at the Bridgewater Hall, Manchester Camerata at the Stoller Hall, and contemporary music group Psappha, with music by David T Little, Nigel Osborne, Arnold Schoenberg, Tim Wright and Anthony Burgess, at St Michael’s Ancoats.


I chose the Camerata because it was the last of Gábor Takács-Nagy’s conducting commitment in their 2018-19 series, and also marks a new stage in an ambitious recording project, featuring him, the Camerata and Jean-Efflam Bavouzet, for Chandos. They’re planning to complete their tally of Mozart piano concertos – some of which have been captured already, based on notable concert performances in Manchester – along with all the opera overtures written by him at the equivalent periods.


I enjoyed the concerts in 2016 and 2017 which have already contributed to this. Bavouzet and Takács-Nagy share an approach to the concertos which is not hidebound by performance practice theory or the demands of authentic-instrument purists – with them it is sheer enjoyment, an almost childlike delight in the possibilities of the music written when Mozart himself was not far off childhood (all the music in this programme was written when he was between 15 and 20 years old, as Takács-Nagy informed us).


Gábor does quite a lot of informing in his concerts, in a way that some find charming, but I do sometimes wish he could make it briefer and better thought-out before he starts the chat-fest. The Camerata could learn from the Northern Chamber Orchestra’s style in this respect.


But the music is the main thing, and, with Caroline Pether leading the band, that was totally beguiling. He finds every chance for ‘echo’ effects – delightfully in the opening of the overture to Il Sogno di Scipione and again in that of Symphony no. 27 (K199) – evokes glorious suavity in his slow movements, finds opportunities for near-Rossinian crescendos sometimes – as in the overture to La Finta Giardiniera – and goes for a romp of a finale whenever he can – as in the Lucio Silla overture.


The symphony, a three-movement one of the kind that’s hardly distinguishable from a divertimento, had more to offer still. Its slow movement was a Romanza, with some mystery and the odd surprise, and its finale came bursting with energy.


And what of the concertos? They played no. 6 (B flat, K238) first, the opening movement and finale each given a downbeat, questioning ending, and Bavouzet contributing unalloyed joys in his melodic articulation, his virtuosity, his touches of whimsy and his stylish playing of the cadenzas to every movement. The rondo in particular was a cheerful canter through a bucolic landscape, with flashes of humour.


No. 5 (D major, K175) is much more extrovert in its outer movements, full of ‘sensibility’ in its decorative central one, and in this reading attractively playful, too. Bavouzet had very correct cadenzas for the first two movements, but for the last one gave us his own – almost Lisztian in its bravura and extraordinary excursion into tremolando. He’s always a man of surprises. 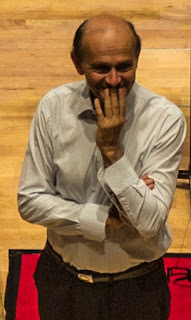 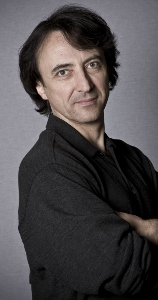 Posted by Robert Beale at 01:38 No comments: