Ryan Wigglesworth, principal guest conductor of the Hallé, gave a programme for this week’s ‘Opus One’ concert that would have seemed outrageously heavyweight for that audience a few years ago. But it wasn’t, and the reception for Mahler’s fourth symphony showed just how much the traditionally ‘popular’ Opus One repertoire has come closer to that of the reputedly ‘heavy’ Thursday series.


He began with Mozart, and a concert aria to boot, which certainly won friends and influenced people. Joanne Lunn, the soprano who stepped in to replace Elizabeth Watts, was a charming performer of Ch’io mi scordi di te? – a classical stylist whose voice quality betrays hidden depths and holds manifest richness. In partnership with Ryan Wigglesworth (who directed and played the piano part Mozart originally wrote for himself), the piece was poised and elegantly phrased, with a controlled burst of passion for ‘Stelle barbare …’ and a degree of agitation perceptible in the final stanza (and some fiercer wind playing in its reprise).


More Mozart followed, keeping the chamber orchestra sized team of strings for his Symphony no. 34 (K338). It’s intellectual weight is in the first movement, which was taken at a sober pace for vivace, allowing for crisply articulated lines, some moments of foreboding and a grand gesture to end with. Perhaps Ryan Wigglesworth was seeking impact and profundity in the slow movement, too, among its graceful melodic shapes and occasional harmonic surprises, but I’m not sure there was much there to be found. The finale – an overture in all but name, with an ear-worm of a main theme – produced even and efficiently busy string playing from the Hallé, led by Paul Barritt.


Then it was time for Mahler. Symphony no. 4 is considered one of his most ‘approachable’, on account of its gentle melodies and cheerful themes associated with the Des Knaben Wunderhorn song that concludes the work, and in this reading it began all grace and gradual transition, with skillfully balanced textures and contrasts of woodwind tone the most telling aspect of the playing.


But of course there is something more macabre to come, and it made itself more apparent in the playfulness of the second movement, the symphony’s scherzo. Ryan Wigglesworth followed all the score’s directions to the letter, with never any additional stroke of drama. There was warmth from the horns in chorus and silvery beauty from the strings in the long slow movement, with peace and goodwill its dominant aspect, even in the ‘surprise’ gesture at its close, which was neat if not exactly startling.


Joanne Lunn returned to sing the solo of ‘Das himmlische Leben’ in the final movement, with beautiful pianissimo and a lovely portamento for St Ursula. The movement’s last defiance was an emphatic blast at the repetition of the opening theme of the whole work – a nice touch. 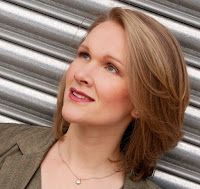 Posted by Robert Beale at 01:45 No comments:

The BBC Philharmonic plunged into music of the 21st century on Saturday at the Bridgewater HalHall, with Simone Young conducting and Jonathan Biss their piano soloist.


(It was balanced with Beethoven and Elgar, but more of that later).


Brett Dean’s Testament, in its 2008 revision for orchestra, was a stimulating beginning. It’s inspired by Beethoven’s ‘Heiligenstadt Testament’ – the unsent letter in which he grappled with thoughts of suicide (‘Testament’ in this context = a will, to be read after one’s death) but resolved to pursue his calling as a musician in spite of encroaching deafness.


The composer’s description itemizes a three-stage process of ‘leave-taking, an acceptance and a fresh start’, and that’s certainly mirrored in the music. It was played with care and considerable precision, Yuri Torchinsky in the leader’s chair of the Phil.


The other novelty – Sally Beamish’s Piano Concerto no. 3, ‘City Stanzas’ – was premiered in January this year and written (at Jonathan Biss’s request) explicitly to ‘partner’ Beethoven’s first piano concerto. Beamish says it was affected by the political situation in the UK and USA as she composed it last year, and that it’s ‘darkly sardonic’ in all three movements. I have the impression that its concept changed as she worked on it, and that the intention to write something about urban landscapes took on grimmer aspects without completely extinguishing the more light-hearted aspects which she may have had in mind originally.


Its structure follows that of the Beethoven concerto, with the marching rhythms of its opening turned quite militaristic and grotesque, and its ‘second subject’ making a strong and near-lyrical impression, though with heavy tread. The slow movement’s bleak sound, with gloomy chords from the piano and lugubrious woodwind solos, is a real lament for something lost. The finale catches Beethoven’s lightness and wit – a touch of dance band music included – but ends with a good deal more anger than he put in: a testament to 2016’s politics, I guess.


Jonathan Biss played the solo part with love and expertise, and the BBC Philharmonic backed him all the way. In the actual Beethoven Piano concerto no. 1 (which preceded the Beamish concerto), we had a stylistic mix, with the orchestra’s beginning in attempts to inject lightness and classical articulation to their sound but reverting more to their tried-and-tested tutti quality as time went on. Jonathan Biss was a model of classical decorum, but added telling passion and drama in the course of the first movement – almost as if a new music was being invented before our very eyes. The slow movement had a poised solo with muscular accompaniment.


The concert ended with Elgar’s ‘Enigma’ Variations. The Phil, of course, can play this with their eyes shut, and the accent in some places was again on muscularity, with a big finish that brought an enthusiastic reception. It was in the quieter and gentler movements, however, that their best qualities came out.

Posted by Robert Beale at 00:51 No comments: