The world premiere of a cello concerto is a pretty rare event, and interesting, for one thing, just because there aren’t many of them around. New violin concertos seem to come along quite often – but a good new cello concerto must have a chance of digging out a real niche in the repertoire.


I think Mark Simpson’s new Cello concerto, his first piece written to commission by the BBC Philharmonic since he was made its Composer in Association, could be that good. It’s traditional in form: three movements, of which the middle one is slow (a lament, in the composer’s description). There’s also a slow and thoughtful unaccompanied cadenza in the final movement which, while it may not be as substantial as the solo movement in Shostakovich’s first cello concerto, has the role of recalling the mood of the slow movement and thus giving depth, as well as intimacy, to the whole piece.


It’s also a melodically led piece of writing, with a lot of ‘traditional’ harmony, and its structures are clear. Mark Simpson is an expert at writing huge and complicated textures for orchestra, and those are there, too – but usually with the role of making a contrast to the eloquent solo song of the cello. The orchestra includes a piano, which plays its own prominent part in some of the tutti episodes, and there’s percussion, too (an outburst near the beginning which doesn’t lead to anything in particular but is there perhaps to offer some alternative ways of expressing intensity which are to be rejected.


The harmonic stasis of the ‘lament’ movement – strings alone, in almost a high ‘pedal’ effect, coupled with slowly changing overtones – and the keening sound of the cello solo itself, in the higher regions of its range, made that the most impressive section for me. It contains a very big climax, too – a marker you can hardly fail to spot – and Simpson gives his soloist some technically demanding multi-stopping for good measure.


Mark Simpson says the third movement has a ‘dancing momentum’, and there are certainly pulsing sounds in the orchestra, though whether dancing was quite the effect that came over in this performance I’m not sure. But the cadenza brings back the mood of meditation, before a final gesture akin to a small rocket taking off – an effective finish and no mistake.


Leonard Elschenbroich was the skilful and passionate soloist in this first outing, and the piece was written for him and so bears something of his personal stamp – all very much to the good, in my view. The conductor was Clemens Schuldt, a young man whose command of the score and sympathy with it was never in doubt.


The rest of his programme was Richard Strauss’s Death and Transfiguration – richly rendered, with bold contrasts of mood, by the BBC Philharmonic under the leadership of Yuri Torchinsky – and Shostakovich’s Symphony no. 1. That also boasted vivid contrasts and high-energy playing of the composer’s characteristic ‘Keystone Cops’ style music – but the sustained intensity of feeling in the slow movement was if anything more rewarding, and the finale included another lovely cello solo, this time from the orchestra’s own principal, Peter Dixon. 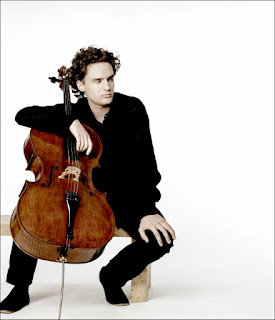 Leonard Elschenbroich
Posted by Robert Beale at 10:22 No comments:

The combined talents of Nicholas Collon as conductor and Boris Giltburg as soloist made their shared concert one of the outstanding events of the Hallé season.


Giltburg is a pianist whose reputation goes before him, especially in Rachmaninov, and you could hear why. From the very opening there was a tenderness and thoughtfulness in his playing, both wistful and limpid, modest and heartfelt, which pervaded much of the opening movement of the composer’s Piano concerto no. 3.


But that wasn’t all. In the first solo episode we heard flashes of the drama that was later to come, and there was no shortage of steel in Giltburg’s playing either. Nicholas Collon was an excellent partner for him, drawing a big, Romantic sound from the orchestra – beautifully rich in the strings at the beginning of the second movement and gorgeously blending in the wind at its end.


Boris Giltburg played that Intermezzo in a swaying, lullaby-like style; but when it came to the finale he was transformed again: mercurial, exciting and still forming his phrases and melodies with elegance. The orchestral solos were nicely characterized, too, to match him.


Collon’s programme continued with Ravel’s Valses nobles et sentimentales. It’s a strange series of wisps and flashes, with vigour and dreaminess – proof of the remarkable ability of this conductor to obtain the best from an orchestra. His visits are becoming ‘don’t miss’ events (and he’s conducting the Opus One set of concerts this time, too).


He finished by putting the Hallé Choir in the spotlight in John Adams’ Harmonium. Written in 1980, it’s an essay in writing (to use Adams’ own words) for ‘human voices – many of them – riding upon waves of rippling sound’. So the Hallé Choir were very much the team to tackle it, along with the orchestra. The piece sets words by John Donne and Emily Dickinson, but you would hardly know it had they not been printed in the programme booklet.


That’s not the singers’ fault, as far as I can see, as it’s more about waves of sound and multi-layered textures than anything else, with the voices sustaining high and demanding lines over a myriad of orchestral figures and complicated rhythms. The Hallé Choir (trained by Matthew Hamilton) achieved that, and it was quite an achievement. 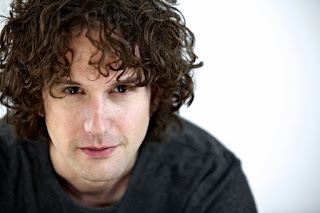 Posted by Robert Beale at 01:35 No comments: