The Hallé’s Pop concerts master-minded and conducted by Stephen Bell are well established, and none more so than the Valentine’s Day special: last night was an ‘opera lovers’ programme, with an attractive selection of excerpts – some really well known, some a little off the beaten track – plus Mendelssohn’s Wedding March and ‘Tonight’ from West Side Story thrown in for good measure.


What gave the concert distinction was the quality of the tenor and soprano soloists. Noah Stewart has endeared himself to audiences here in Manchester since Opera North picked him as an outstanding Pinkerton for their Madama Butterfly a few years ago, and he’s appeared on big stages in London, too, as well as BBC’s Songs of Praise.


His refined, pitch-perfect voice is a real pleasure to hear, and he’s got stage presence and acting ability, too. He was well complemented by Sarah Fox, a Yorkshire girl and Kathleen Ferrier Award winner who can impress in many styles, including the most technically demanding, and in both cases they give a concert audience a taste of what real opera singers sound like – rather than the ersatz ‘opera singers’ who always need a microphone to make themselves heard.


Stephen Bell’s way with the orchestra is laid back, to say the least, and they jogged their way through Rossini’s Barber of Seville overture and the Wedding March, too. The Intermezzo from Cavalleria Rusticana had a bit more class (the harp bass notes attractively in tune, which you don’t always get when you’re well into a full theatre performance), and they let rip with the Grand March from Aida to open the concert’s second half. Leader Paul Barritt played the Thaïs Méditation solo with sweetness and affection, too.


Noah Stewart began with Recondita Armonia from Tosca, by Puccini, sung in fine style, and ‘Una furtiva lacrima’ from L’Elisir d’Amore (Donizetti) had a well-projected ending – this guy is the real deal when it comes to Romantic tenors, and the audience loved his Nessun Dorma.


Sarah Fox’s first solo was ‘Ebben? Ne andro lontano’ from Catalani’s La Wally, one of those excerpts that are almost the only part of a once-successful opera to survive. It showed off her excellent control of a long melodic line, while Marietta’s Lied from Korngold’s Die Tote Stadt was a charmer, and the Song to the Moon from Rusalka equaled it.


Together they sailed through duets from Gounod’s Faust, Mascagni’s L’Amico Fritz and ‘O soave fanciulla’ from La Bohème (delicately ending with two top Cs, floated from off-stage), and rewarded their hearers’ enthusiastic acclaim with the Brindisi from La Traviata.


Real opera lovers go to see operas, rather than listening to excerpts in a concert hall, but it was a relaxing night for tune lovers – and we’re all those at heart. 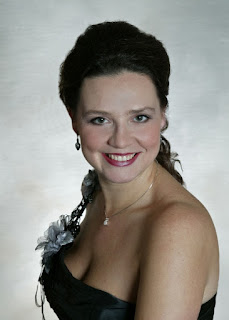 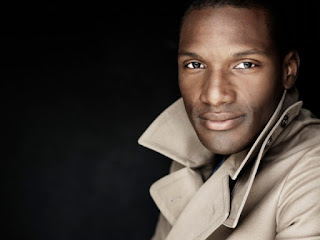 Posted by Robert Beale at 01:30 No comments:

There’s nothing like a concert mainly on the theme of death to brighten a cold, wet February evening in Manchester.


But principal guest conductor Ryan Wigglesworth’s programme with the Hallé was worth braving the elements for – and the musical reflections on departure and its obsequies proved rewarding, too. Perhaps I’m being overly lugubrious to characterize Stravinsky’s Petrushka ballet score as being about death, but the eponymous sad little puppet in the fairground show does end as a victim of murder by another puppet, and (as you’ll know if you’ve seen the ballet performed) the ending – included in most concert performances now – shows a very corporeal appearance of his cheeky spirit ascending to find its heavenly reward.


It’s a gloriously colourful piece of writing, and Ryan Wigglesworth expounded the score from the outset with meticulous care and vivid and exhilarating sounds. It wasn’t a romp through a standard repertoire piece with no subtlety, either – Katherine Baker’s solo flute playing was quite magical, and the solo trumpet of Gareth Small later on was quite enchanting. Some of the melody lines occasionally were hidden in the richness of the instrumentation we were urged to enjoy, but that was only on a few occasions.


Another kind of after-death experience was described in the piece before, Oliver Knussen’s The Way to Castle Yonder – about a heaven for animals as described in the opera it’s taken from. It was notable mainly for the virtuosity of the percussion used to set its various celestial scenes.


The highspot of the concert came after the interval, when bass singer Brindley Sherratt was soloist for Mussorgsky’s Songs and Dances of Death, in Shostakovich’s orchestral version. Brindley Sherratt has a wonderfully rich timbre for Russian music, varying from the finely-judged morendo at the close of the first song (Lullaby) to the shock of death’s final greedy clutch of a poor girl in the second (Serenade), and with much more in imaginative presentation besides. Ryan Wigglesworth realized the vivid scoring and swinging rhythms here and in Trepak and The Field Marshal with great skill.


And they followed that with Mahler’s Totenfeier – or the first draft of his ‘Resurrection’ symphony’s first movement, if you prefer to think of it that way. This is the funeral march, though. No heaven-storming paean of choral confidence in an after-life is heard … though the gently rising major theme that way well signify at least a hope of consolation is repeatedly present, and all the more significant for being the only positive expression to pierce the grimness. The full 50-strings Hallé sound was particularly opulent by this time and proved a benediction in itself.