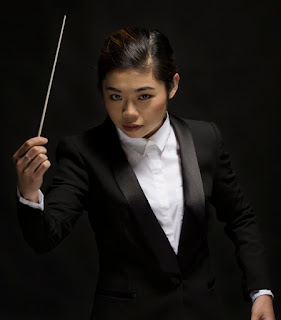 Posted by Robert Beale at 02:26 No comments:

Mark Simpson, BBC Philharmonic composer in association, wrote his clarinet concerto for himself to play, and was soloist in its world premiere at the Bridgewater Hall on Saturday.


It’s only just over a year since we heard the premiere of his cello concerto, a piece that has all his brilliance of orchestral writing and sense of atmosphere, coupled with a clear and satisfying map, in it. This has those qualities, too, and the same extraordinary inventiveness.


There’s again a large orchestra, with comprehensive percussion and piano, and there are four movements – Vigoroso, Slow and Expressive, Lively and Gentle – each of the first three quite brief, so the piece as a whole is more like a three-section first unit balanced by an episodic second one.


The cello concerto ended with a kind of orchestral firework: this begins with one (and its ending is, despite his own programme note’s reference to ‘a final crescendo’, a few bars of slow, soft aural evaporation for soloist and then orchestra, following the said crescendo). But from the start it’s clear there’s a lot going on, particularly in the hands of the soloist. Simpson is a virtuoso and intends to remind us of it, and he gives himself plenty to play that’s alternately rapid and lyrical, completing this movement exposed in the high altitude zone.


The second, too, is expressive in the upper register – he calls it ‘quasi-improvisatory’ – and distinctive because of the orchestral chorale that forms its close: slow and relatively simple, harmonically warm and static in short, measured phrases, it makes an oasis in the welter of virtuosity.


The third movement soon makes up for that, with some wry duetting of the soloist with his orchestral counterparts, and a slow-down at the end bringing mystery-laden chords – a soundworld that’s continued as the finale begins, the piano tinkling in a fairyland of string harmonics. But conflict is to come, with dark harmonic clashes, busy percussion and a big point of climax. As it peters out, the solo relaxes in a lush accompaniment, and the chorale idea reappears in more positive, fanfare-like guise (before that brief evaporative epilogue).


As with the cello concerto, there’s satisfaction for the listener in the structural landmark of a memorable and recalled passage, and there’s much to be impressed by in the solo. I found I was wishing for more exploration of the deeper side of the clarinet’s character, in both senses of the word, but as a piece of showmanship for the composer-performer this has clearly done its job.


The concert began with the beguiling singing of Elizabeth Watts in three excerpts from Mozart’s opera, Idomeneo – from the emotionally-torn role of Idamante, including Se il padre perdei, where oboe, flute, horn and bassoon form a little Harmonie of their own to lovely effect, and ending with the wonderful Zeffirettio lusinghieri, where she began the reprise so softly as to be barely audible but with no less of her golden tone, and finished it in glorious voice. The orchestra, in addition to that wind serenade, played the Overture and the March entr’acte before the second act, and under Ben Gernon’s baton, sounded rich and rounded, even in reduced-strings format.


Gernon’s major task was Mahler’s Symphony no. 4 (with Elizabeth Watts present to sing in the fourth movement). The horn playing of guest principal Eirik Haaland was again a notable feature – indefatigable, he left his fifth horn assistant with hardly anything to play all evening, and sounded uniformly wonderful.


Ben Gernon called forth great surges of tone from the outset, even in Mahler’s more innocent-seeming melodies, and brought clear characterization to each of the opening movement’s many themes. That’s important, because the subtlety of the finale lies in its recalling of echoes from beforehand in new contexts and with new implications. The second movement was near-unctuous in its enforced innocence, and the third was in many ways the most impressive, as its peaceful tread remained slow and measured, and its last bars far more of a hymn than the shriek that’s sometimes made of it. 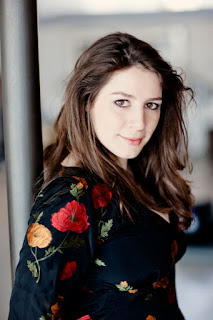 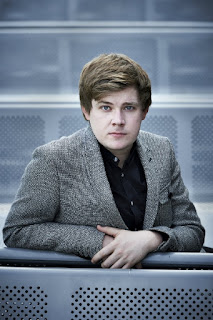 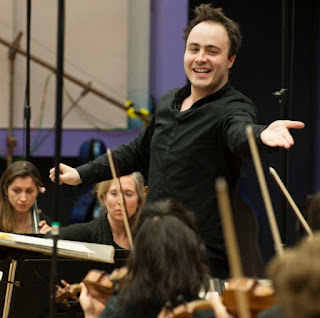 Posted by Robert Beale at 01:06 No comments: