Kazushi Ono, conductor of the Hallé’s first Thursday series concert of the month, was a newcomer to me. He’s already held the principal conductor’s job at the Lyons opera – one of Kent Nagano’s roles in times past – and is clearly highly regarded in his native Japan.


It looks as if he knows exactly what he wants and how to get it. We had Schubert and Beethoven first: in both cases with string forces where first and second violins balanced one another in numbers, and – especially in Beethoven’s Piano concerto no. 2, where the total strings were fewer than 40 – light enough in the lower end of the spectrum to ensure a neat, clean, energetic sound.


Schubert’s Rosamunde Overture (not actually written for the Rosamunde play to which he supplied highly familiar incidental music, but never mind) was beautifully paced and unfolded in its satisfyingly conventional shape. Maybe the strings could have been a tad more precise in following his beat at first, but that issue never raised its head again.


Soloist for the Beethoven concerto was Paul Lewis – a master of his craft who needs no introduction. He is poised, delightful in articulation, ready to highlight the touches of whimsy (such as the intriguing tum-ti-tum decorations of the first movement’s main theme, played with charming insouciance) and the moments of passion (such as the little explosion in the solo part towards the end of the second movement), and his playing of that slow movement was simple and unashamedly lyrical but never without its gentle forward momentum.


That Adagio became the spiritual highspot of his interpretation, and with Kazushi Ono’s help sustained its relaxed sense of reverie from beginning to end. The finale had its full quota of high spirits including teasing nuances from Paul Lewis whenever he had the chance to include them.


The second part of the concert was very different – the orchestra increased to full strings strength and all the required wind and percussion, for one thing – presenting Shostakovich’s Symphony no. 10. It’s almost a calling card for the Hallé: they recorded it for Skrowaczewski and have played it wonderfully for Sir Mark Elder. The opening clarinet solo has sounded amazing in the past but surely never as gentle and distant a voice as it became in the hands of Sergio Castelló Lopez – and this was a performance in which all the solo roles were constantly eloquent, among them a characterful reading of the principal bassoon role from guest Paul Boyes and gorgeous oboe playing from Stéphane Rancourt.


I admired the swaying but bleakly pessimistic mood Kazushi Ono obtained in the third main theme of the first movement, and the hurtling juggernaut he initiated in the second. Solos were again most distinguished in the slow movement, golden horn calls heralding the dawn of optimism.


The finale, as always, leaves you wondering whether you have quite ‘got it’. Shostakovich in exuberant voice is always a hair’s breadth away from Shostakovich the satirist or the clown, and Ono’s tempo for the jollifications seemed as energetic as the one he chose for the grim second movement. Precision in the playing – the orchestra led by Lyn Fletcher – was unimpeachable, but was it all a shade too much for sincerity to come through? The reception showed that the listeners loved it. 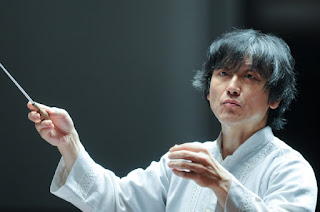 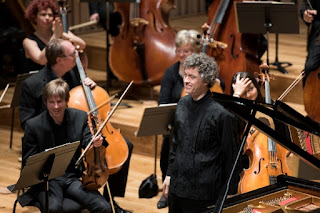